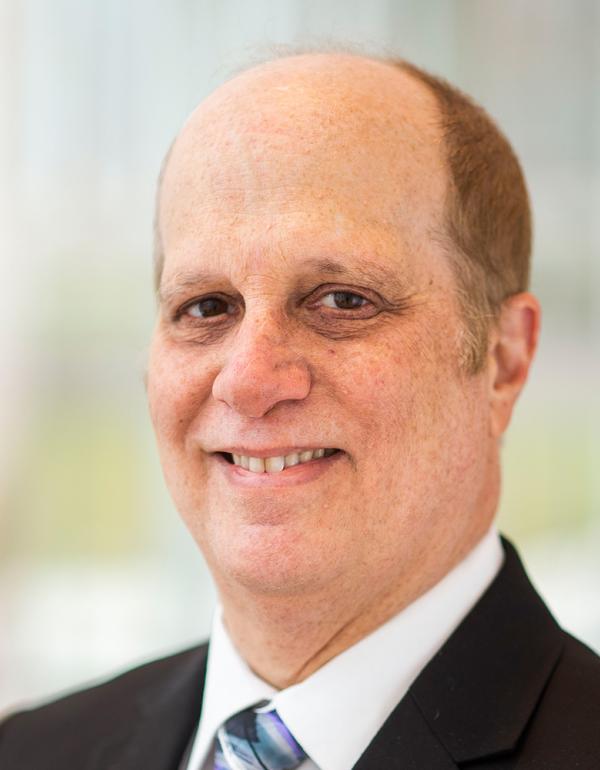 Quantification of the effects of human activity on the composition of Earth’s atmosphere by the development of computer models used to analyze a wide variety of observations. Focus on climate change, stratospheric ozone depletion and recovery, air quality, climate change, and the global carbon cycle. Participant in numerous atmospheric chemistry field campaigns and Earth Observing Satellite missions, including the Convective Transport of Active Species in the Tropics (CONTRAST) field campaign occurring in Guam during Jan and Feb 2014, and the on-going FLAGG-MD effort to quantify the fluxes of atmospheric greenhouse gases in Maryland and nearby regions.

Presently supervising the research of 7 graduate students and 2 faculty research assistants at UMD who are working on a wide range of research topics related to atmospheric chemistry and climate.  In the past have had close collaboration with a dozen graduate students at Caltech, University of Colorado, and Harvard as well as supervision of research studies of 5 postdoctoral fellows.

Our research focuses on the quantification of the effects of human activity on atmospheric composition by developing computer models used to analyze a wide variety of observations, with a focus on atmospheric chemistry, air quality, climate change, and the global carbon cycle.

We led an atmospheric chemistry field campaign called the Convective Transport of Active Species in the Tropics (CONTRAST) based in Guam during Jan and Feb 2014 that was designed to quantify how convection redistributes atmospheric compounds.  The most extensive deep clouds in Earth’s climate system develop in the Tropical Western Pacific (TWP) during northern hemisphere winter. We discovered, unexpectedly, that filaments of air with high levels of ozone and low relative humidity, a persistent feature of the remote TWP, are actually remnants of biomass burning from Africa and Southeast Asia (Anderson et al., Nature Communications, 2016).  On-going efforts are focused on quantifying the role that bromocarbons produced by oceanic organisms that outgas into the marine boundary layer exert on the composition of the TWP, including the free troposphere as well as the lowermost stratosphere.

Elevated levels of tropospheric ozone cause respiratory problems linked to increased morbidity and mortality in humans as well as significant damage to crops and plants. High levels of surface ozone are caused by nitrogen oxides and hydrocarbons released in the exhaust of power plants, factories, and vehicles. Our research effort is focused on the analysis of satellite and aircraft observations of atmospheric composition, using regional air quality models such as CMAQ and CAMx, to provide the scientific basis for policy decisions focused on achieving stringent, future air quality standards. We recently showed that elevated ozone on hot summer days in the mid-Atlantic is partially caused by pollution from power station peaking units utilized to meet unusually high demand for electricity during the warmest days of summer (He et al., GRL, 2013) and that emissions of nitrogen oxides from automobiles in the Baltimore-Washington metropolitan region are likely overestimated, by nearly a factor of two, in emission inventories used to drive air pollution assessments by the U.S. Environmental Protection Agency (Anderson et al., Atmos. Envir., 2014). Our research efforts are closed related to air quality control efforts. 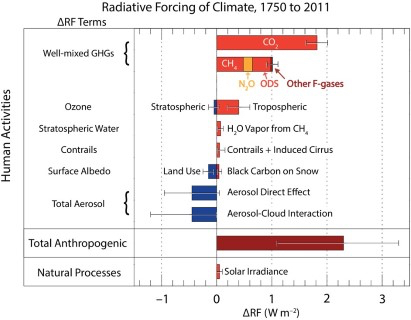 Surface temperature responds to a variety of natural and anthropogenic forcings including warming due to rising levels of greenhouse gases (GHGs) (see above). We have developed a model that tracks the influence on global temperature of GHGs, volcanic and industrial aerosol particles, the 11 year variation in total solar irradiance, the temporary heat exchange between the ocean and atmosphere due to phenomena known as the El Niño Southern Oscillation, the Atlantic Meridional Overturning Circulation, as well as long-term export of atmospheric heat to the world’s oceans (Canty et al., ACP, 2013). Recently, we used this model to show that if all of the pledges of the Paris Climate Agreement are followed, and if the carbon intensity of the world’s economies can be improved such that at least 50% of global energy can be obtained from renewables by year 2060, climate catastrophe will likely be averted (Salawitch et al., Springer Climate, 2017; click here for a 4 minute summary).  We are now assessing the impact on global warming forecasts of the recent U.S. withdrawal from this agreement.

Carbon dioxide (CO2) is the greatest waste product of modern society. About half of the CO2 released by human activity is taken up by the world’s oceans and terrestrial biosphere. The precise location and magnitude of these carbon sinks is unknown, yet of enormous importance for defining interactions within the global carbon cycle that might be altered by climate change. Quantification of these carbon sinks is also vital for future management of the global carbon cycle. We helped design a NASA satellite mission, the Orbiting Carbon Observatory (OCO-2), that launched successfully on 2 July 2014. It is expected that data from OCO-2 will revolutionize the understanding of the global carbon cycle by watching Earth’s biosphere breathe from the vantage point of space. Our students are also analyzing measurements of CO2 and CH4 acquired locally via the Fluxes of Atmospheric Greenhouse Gases in Maryland (FLAGG-MD) project.