Established in 1988 by Russell E. Marker (B.S. '23, M.S. '24, chemistry), the annual Russell Marker Lecture in the Department of Chemistry and Biochemistry at the University of Maryland focuses on natural products chemistry. Marker was an award-winning chemist who invented the octane rating system for gasoline. He also developed a proprietary chemical process—known as Marker degradation—that led to numerous hormone therapies, including the birth control pill. 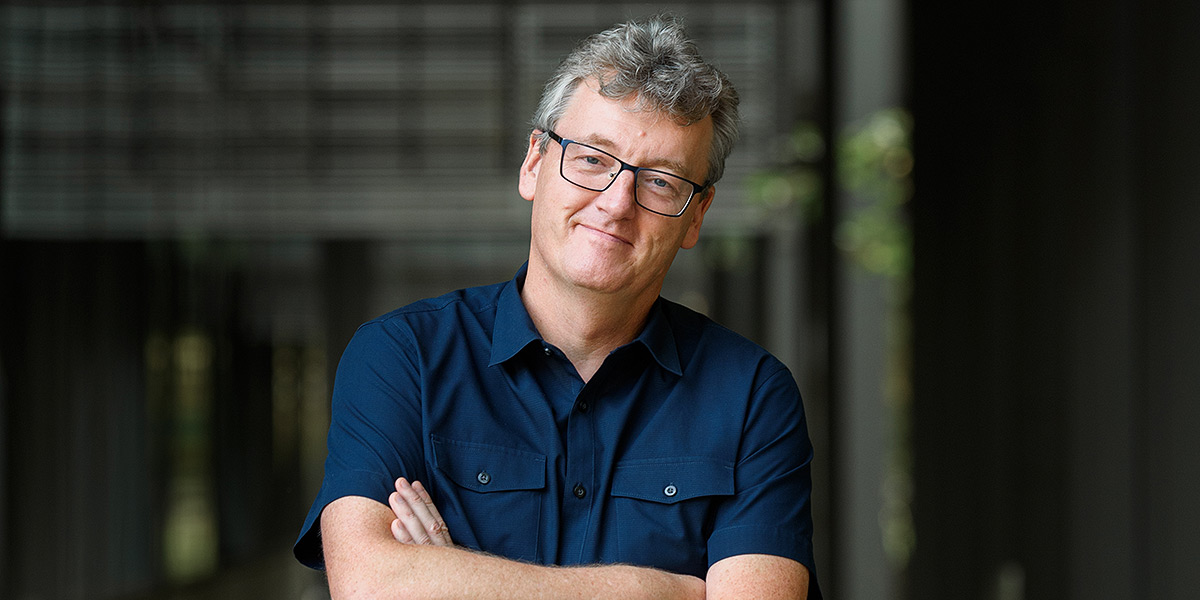 Dave MacMillan was born in Bellshill, Scotland and received his undergraduate degree in chemistry at the University of Glasgow, where he worked with Dr. Ernie Colvin. In 1990, he began his doctoral studies under Professor Larry Overman at the University of California, Irvine, then assumed a postdoctoral position with Professor Dave Evans at Harvard University (1996). His independent career began at University of California, Berkeley, July 1998 and moved on to Caltech in June 2000 (Earle C. Anthony Chair of Organic Chemistry). In 2006, MacMillan assumed the position of James S. McDonnell Distinguished University Professor at Princeton University serving as Department Chair from 2010-15.

MacMillan received several prestigious awards including: the Nobel Prize (2021), the Centenary Prize (Royal Society 2020), Nagoya Medal (Japan 2019), ACS Somorjai Catalysis Award (2018), Noyori Prize, Japan (2018), Janssen Pharmaceutical Prize, Belgium (2016), Max Tischler Prize Harvard (2016), Ernst Schering Award in Biology, Chemistry and Medicine, Germany (2015), ACS Harrison Howe Award (2014). In 2018, MacMillan was elected to the National Academy of Sciences, and in 2012 he became a Fellow of the Royal Society (FRS) and a Fellow of the American Academy of Arts and Sciences. MacMillan helped launch and was editor-in-chief of Chemical Sciences (2009-1014) and was Chair of the NIH Study Section SBCA (2014-2017).

Laura Kiessling earned a B.S. in chemistry from the Massachusetts Institute of Technology and a Ph.D. in organic chemistry from Yale University. After two years at the California Institute of Technology as an American Cancer Society Postdoctoral Fellow, she joined the faculty of the University of Wisconsin, Madison in 1991. In 2017, she returned to MIT as the Novartis Professor of Chemistry and Member of the Broad Institute. Her interdisciplinary research interests focus on the mechanisms of cell surface recognition processes, especially those involving protein-glycan interactions, as well as multivalency and its role in recognition, signal transduction, and direction of cell fate. Laura is a Fellow of the American Association for the Advancement of Science, and a Member of the American Academy of Microbiology, and National Academy of Sciences. She has served as Editor–in-Chief of ACS Chemical Biology since 2005. Her honors and awards include a MacArthur Foundation Fellowship, a Guggenheim Fellowship, the ACS Gibbs Medal, the Tetrahedron Prize, and the Centenary Prize from the Royal Society of Chemistry.

Glycans at the Host-Microbe Interface

Our health depends on maintaining a functional microbiome and avoiding the propagation of pathogenic microbes. Our group seeks to understand the mechanisms of microbial control by focusing on a prominent feature of the cell's exterior—the carbohydrate coat. From humans to fungi to bacteria, all cells on Earth possess a carbohydrate coat. A critical role of this coat is to serve as an identification card. Our group has been examining the role of carbohydrate-binding proteins, lectins, in influencing our microbiota and in immune defense. This seminar will focus on understanding the basis of carbohydrate-protein interactions and how they are used to control microbes. We envision that our findings can lead to alternative means to combat pathogens, methods for rapid approaches to ID microbiota, and the development of new strategies to regulate microbiome composition to promote human health.